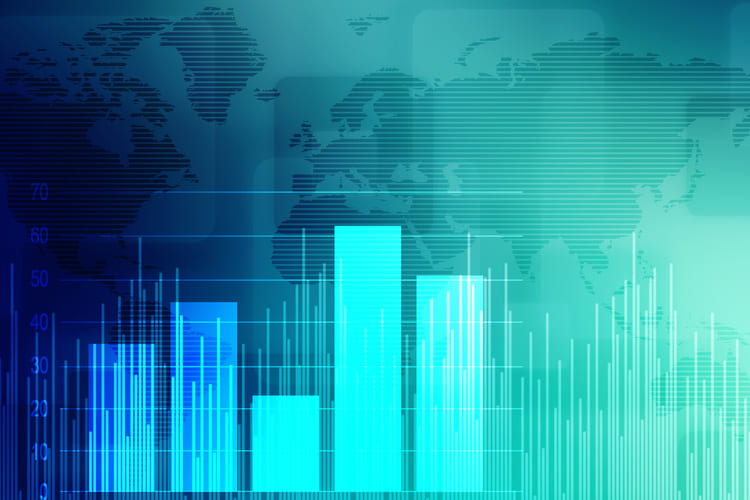 Did you know? Artificial intelligence is now far smarter than humans across many metrics, including testing on Raven’s Progressive Matrices. Join subscribers from RAND, Pearson (Wechsler), Tesla, Microsoft, and Google AI for Dr Alan’s monthly updates on integrated AI:
Get The Memo. 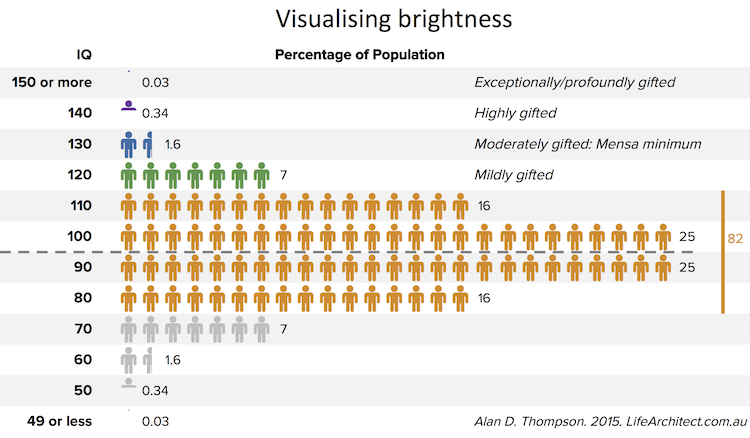 This chart is also featured in the best-selling book, Bright (a copy of this book was even sent to the moon!).

To cite this chart: Thompson, A. D. (2016). Bright: Seeing superstars, listening to their worlds, and moving out of the way. Life Architect. 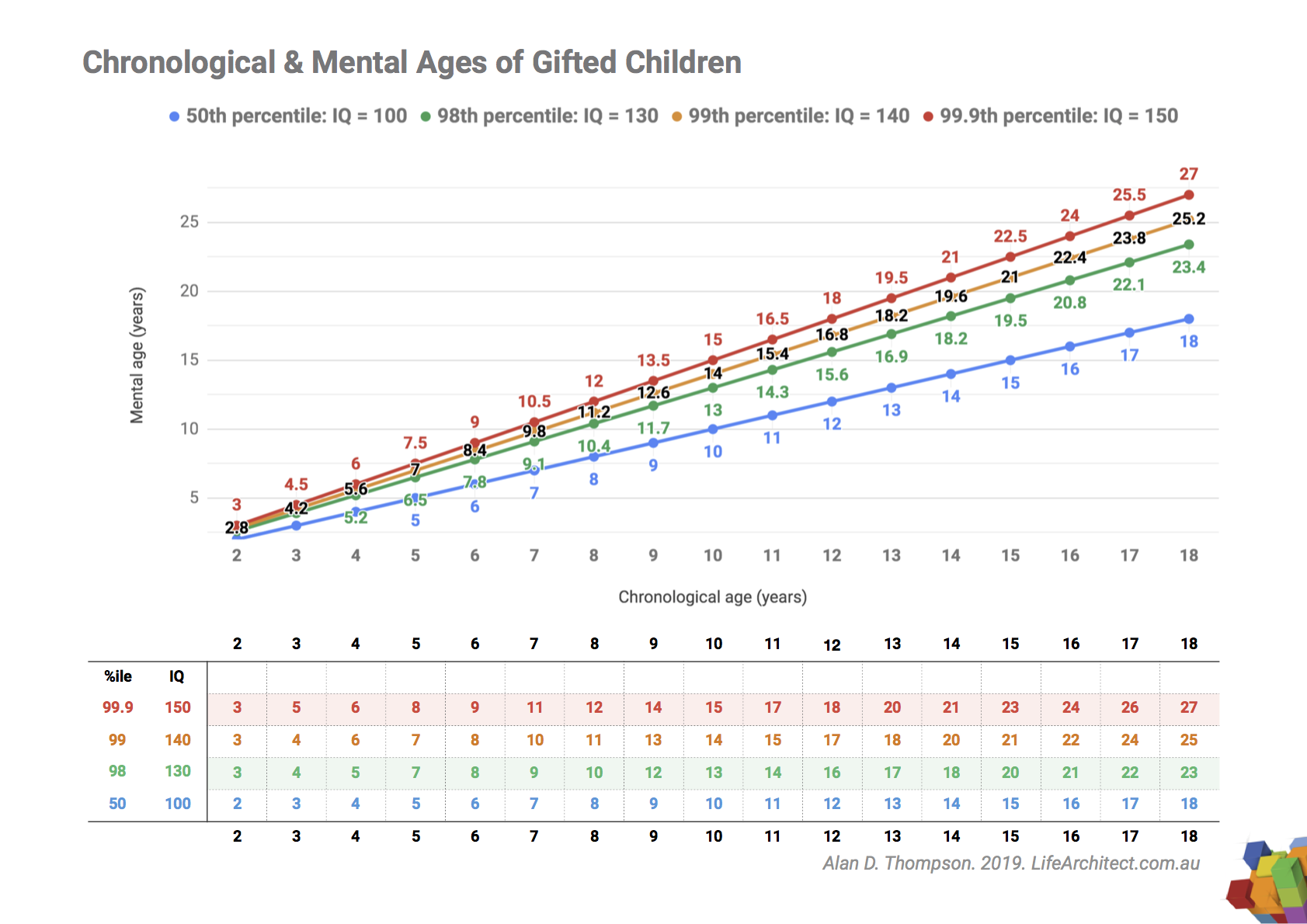 IQ table (uses 15SD as in Wechsler)
Most numbers have been rounded to nearest significant figure.

Show more detail for confidence interval to percentile and score

The table below is an archive backup of the IQ table originally published by Rodrigo de la Jara at iqcomparisonsite.com/iqtable.aspx [website is down as of Oct/2021].

These are IQs, their percentiles, and rarity on a 15 SD (e.g. Wechsler) and 16 SD (e.g. Stanford-Binet) scale. They were calculated using the NORMDIST function in Excel. The number of decimal places for the rarity was varied in the hope it might be useful. You can see why presently nobody should be able to get a deviation IQ higher than 195 (or 201 on the 16 SD scale). There are not enough people in the world to ‘beat’. Note that rarities given are of people that have a certain IQ or higher. Some people might find it more useful to know the rarity of people that have a certain IQ or lower. In that case use this example as a guide: If you want to know how many people have IQs of 84 or lower, look at the rarity of people that have an IQ of 116 or higher. (100 – 84 = 16. 100 + 16 = 116).