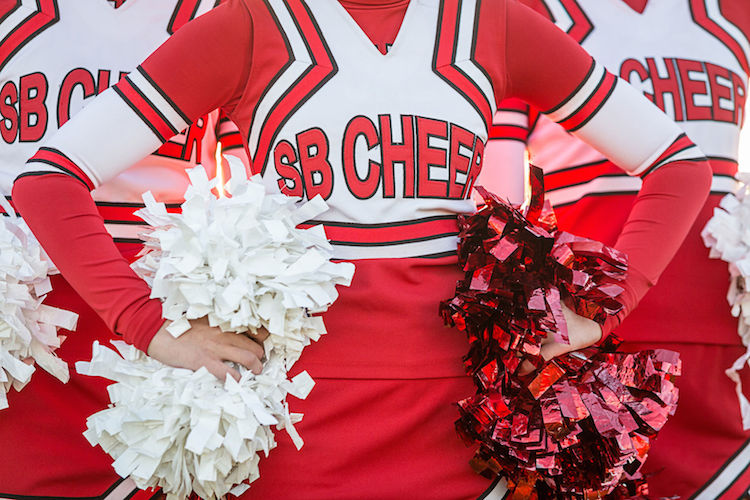 Dr Andrew Thorn was finishing his PhD in Consulting Psychology when he was given a project: to work one-on-one with famous executive coach Dr Marshall Goldsmith. Their first meeting was different to other meetings—Dr Marshall burst into the room singing a song! The two quickly found a shining working relationship. Before setting out further on their path together, Dr Marshall told Dr Andrew that he had just one rule in their coaching partnership: “Help me without being negative”.

The uses of helping others without being negative may seem self-evident to some, and irresponsible to others. After all, criticism and negativity are a part of the real world. And as parents and teachers, it is sometimes necessary to give immediate feedback when children (particularly younger ones) are doing something that needs immediate correction, or are putting themselves or others in danger.

For older children and young adults, how is it possible to help high-ability learners improve and flourish without being negative, without criticising or identifying weaknesses?

The magnified mind
High-ability learners have advanced brains. They also have sensitivities, or what I call a “magnified mind”. This shows up as over-active responses to a range of external stimuli. These can be big things (a loud voice, an angry word) or very small things (a raised eyebrow from a teacher, a parent avoiding eye contact).

After receiving criticism from a parent or teacher, a high-ability learner may react with frustration and annoyance, an angry outburst, ignoring, or even hiding their reaction completely. Gifted researcher Dr Sal Mendaglio found that sometimes disappointment and anguish is not expressed, because the high-ability child has learned to hide it. Rather, criticism from outside simply adds to the internal stress that the child feels: “They are regularly engaging in criticism of their own actions and accomplishments… External criticism is [the] straw that breaks the camel’s back”.

Having high expectations of themselves and an active attitude of self-criticism (sometimes as a focus on perfection) is common among successful high-ability learners. With a tendency to be more critical of themselves and their own performance, high-ability learners definitely don’t benefit from negativity outside themselves. The external world will generally expose them to negativity anyway, so having it thrust on them from a trusted parent or teacher is both unnecessary and destructive. Through modelling, frequent negativity is also a quick way to create the same kind of response in a child, expressed as defiance and resentment. (Or worse. A 2012 study published in the Journal of Clinical Child and Adolescent Psychology found that criticism by mothers was a significant risk factor for depression in their children.)

There’s no compromise or minimisation of criticism that helps; it must be replaced. There’s not an acceptable positive-to-negative ratio either. While the mathematical modelling behind the original “positivity ratio” concept has been discarded, Professor Barbara L. Fredrickson’s research into positivity ratios (which can include a count of positive versus negative spoken words) found that “higher positivity ratios are predictive of flourishing mental health and other beneficial outcomes”.

But for high-ability children (and magnified minds), even a single negative comment can have rippling effects. Other things that don’t work include having a conversation while angry, giving a “feedback sandwich” (two positive statements around a negative statement, also called a “shit sandwich”), or trying to falsely sweeten criticism.

As a parent or teacher, introducing any type of criticism or negativity is a shortcut to a damaged relationship. One parenting coach offers an insight into this process: “We claim to have an interest in listening to our children, but then when they speak, we often reveal that our real goal is to argue with them, trap them in their words, and even beat them down with the evidence they’ve provided with their own mouths.”

Solutions and alternatives
More than 2000 years ago, Roman statesmen Marcus Cicero talked about criticising through creation, not through finding fault. While he was talking about creating something new as a way of responding to others’ mistakes or proving himself, this can be applied to guiding high-ability learners as well. Invite a new solution to a problem, point out a new path, or change the environment to allow new answers from your child. If and when something goes wrong, find out the reason why, minimise personal blame or attack, and move rapidly to help find a new way of doing things.

These solutions focus on responding to the child’s needs, rather than on those of the parent or teacher. While it is still sometimes necessary to guide or correct course for these high-ability learners, it is absolutely possible for the principal focus to be on building up and helping to create. Here are some practical tips you can apply to help without being negative—for both yourself and your child.

Self-care. Angry criticism is usually not about the other person. It is almost always about our own self-criticism, amplified by tiredness, anger, or lack of patience. Create time to learn more about yourself. This includes transforming your own self-criticism into acceptance and gentle guidance. It’s not easy, but you can always enrich the way you speak to yourself.

Listen first. Whenever your child speaks with you, they are articulating their own world. Listening deeply creates the opportunity to see them as superstars, accept them for who they are, and help them continue to create their own best future. Make time every week—or every day—to listen deeply to your child. This doesn’t mean you have to agree with them or give in to unreasonable requests; instead, it is about cultivating a genuine understanding, appreciation, and acknowledgment of the child’s world. (Listening at bedtime can be a great spark for this.)

Discover whether they already know the issue. The magnified mind sees, hears, feels, senses, and experiences life above and beyond the ordinary. Often, they’ve identified the issue far earlier than anyone else, and have also probably criticised themselves for it! Some great questions to lead with could be: “Do you already know what the issue is?”, “What got in the way?”, or “What could you have done better?”. This gives them a prompt to bounce from.

Ask permission to provide input. Another coaching tool, asking permission gets the child’s buy-in, and is a way to diffuse defensiveness. Sports coach Jim Thompson gives an example: “‘Emily, I noticed something about the way you were dealing with a teammate that concerned me. Are you open to hearing it?’ If Emily says yes, she is more likely to consider your comment. If she says no, you create great curiosity in her by saying, ‘Okay, no problem. Let me know if you change your mind.’”

Hold their value by providing input privately. Correcting high-ability learners in front of their peers or siblings can be embarrassing. By finding a quiet, private time to have a mature (and gentle) conversation, the child can feel honoured and respected. Teenagers and adolescents especially need this display of respect for dignity to help develop their own confidence.

Acknowledge and appreciate. We know that high-ability children have magnified minds sensitive to things around them. There is a benefit here, in that they are also incredibly sensitive to genuine appreciation and acknowledgment. You can do this by finding frequent opportunities to highlight targeted examples of effort and success. Child psychologist Dr Ken Barish (who refers to criticism as “the most common parenting mistake”) suggests that appreciation is like oxygen. Humans can survive with limited or suboptimal oxygen, but it impacts our quality of life. “Without enough appreciation, we begin to suffer vague symptoms—especially diminished enthusiasm … Without this psychological oxygen, our minds begin to divert resources and energy, resources that should be used to pursue interests and joy, into self-protective attitudes—defensiveness and demands.”

Criticism can seem like an easy and useful approach, though it serves only to heighten fear and lower confidence. Excuses like “everyone else does it”, or “I’m toughening her up for the real world”, are not good enough. There are proven solutions available for guiding high-ability learners effectively. When parents and teachers come from this foundation of respect and appreciation, they remove a considerable barrier to communication, closeness, and personal aliveness.

Thompson, A. D. (2016). Bright: Seeing superstars, listening to their worlds, and moving out of the way. Charleston.

Thorn, A. (2015). What I Learned From Being Marshall Goldsmith’s Coach. Retrieved from http://andrewthorn.com/what-i-learned-from-being-marshall-goldsmiths-coach/

To cite this article: Thompson, A. D. (2017). Why cheerleaders don't criticise. Retrieved from: LifeArchitect.com.au/criticism