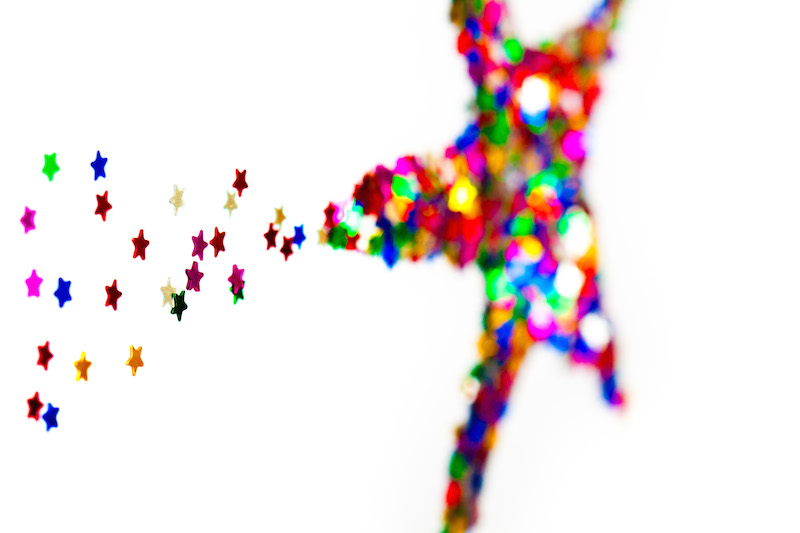 Jack likes tinkering with science. Even as a toddler, his parents provide him with access to an array of science magazines and challenging dinnertime conversation. At just 13 years old, he begins designing a diagnostic test for pancreatic cancer. Jack Andraka has been called ‘the Edison of our times’.

Elisa loves singing, dancing, and painting. Her home environment gives her access to music by Jim Morrison and poems by Rudyard Kipling. When she is 11 she writes her first song. She is mentored by Tina Turner, and a few years later, Elisa Toffoli is the number one selling artist in Italy.

Jonathon is fascinated by taking objects apart. As a child, he is interested in drawing and making stuff. His father helps him to build whatever he dreams of. Jonathon Ive is the creative brain behind the last two decades of Apple, the lead designer on hardware with nearly ubiquitous international presence.

Alfred lives and breathes music. His first piano recital is at the age of eight. Soon after, Alfred becomes the youngest musical director in the history of Broadway. Alfred Newman composed the Twentieth Century Fox theme, and became the first of the Hollywood Newman family dynasty, writing a huge proportion of movie soundtracks, and was personally nominated for over 45 Academy Awards.

Stephen is obsessed with physics. At age 12 he writes a book on physics, followed shortly after by three books on particle physics, and his first published scientific papers at 15. Stephen Wolfram has made significant contributions to the world of theoretical physics; you’ll also find his natural language processing behind Microsoft’s Bing, and the iPhone’s Siri.

Internal brightness must be nurtured to shine brilliantly. In each case above, these gifted children have been able to personally express their passion, significantly intensifying the evolution of our world. The developer of one of the standard IQ tests (and one used by Mensa), Alfred Binet, told us that the contribution of gifted children ‘determines the progress of humanity… a child of superior intelligence is an asset not to be wasted’.

As a group, the contribution of gifted children to the world cannot be understated, and must be nurtured. The world changes not through protests or debates, but through the full communication of their potential. In her book Genius Denied, Jan Davidson compares failing to develop the talents of our brightest students with an agricultural policy that lets food spoil in silos while people around the world go hungry. She comments: ‘[our] economy isn’t labour- driven anymore; our brain reserves matter more than strong backs or how much coal or iron we have sitting around. A high IQ won’t guarantee that a child grow up to be a productive adult, but a high IQ coupled with a challenging education and intellectual peers greatly increases the chances.’

I’m not a huge fan of labels. But two terms that I do use very differently are ‘gifted’ and ‘high-achiever’. I love this new definition from Columbus Group: ‘Gifted is asynchronous development in which advanced cognitive abilities and heightened intensity combine to create inner experience and awareness that are qualitatively different from the norm.’

You’ll notice that this definition doesn’t mention anything about creating or achieving. It’s just about the inner experience. And this giftedness is usually observable, and can be easily measured by a simple IQ test. And then what?

Translating the inner experience of giftedness to the outside world is the sole realm of the high-achiever. Gifted children can be high-achievers, but not always. And of course, high-achievers aren’t always gifted. But in all the cases above, and in every case of world-changers, giftedness and achievement go hand-in-hand.
How can we help gifted children use their entire capacity in this world? Do we need to? Will they find their way by themselves? Will school help?

You may have caught the recent debate in Australia over public versus private schooling. This is a terribly flawed argument. It’s almost as bad as Liberal versus Labor, or Ford versus Holden— there are other options! Unfortunately, no type of standard mainstream education will ever be enough for a gifted child. The current education system is just that: a standard system.

Consider the train systems in Australia today. There is some truth to the oft- repeated legend that our modern railway track gauge, the distance between parallel tracks, is based on the width of two horses. The Australian implementation of ‘standard gauge’ tracks is 1.435 metres. It was adopted here in 1846, and hasn’t (won’t be) changed. Working backwards, we copied the English standard, adopted in 1830. The English kept a standard that went much further back. Researchers have uncovered the same 1.435 metre gauge right back to the wagons used during the Roman Empire.

‘Standard gauge’ works great for trains! For the most part, it is one international standard based on something that worked a long time ago. Trains can be designed, imported, and operated because of this standard. They can travel from point A to point B easily.

But what if your child isn’t a train? And a gifted child is not, by any definition, a train. They are closer to a supercar, a jet, a space shuttle. I’ve worked with some Mensa kids here in Australia who somehow seem to have travelled through time to be here!

Trains don’t get exposure to fundamentals like financial literacy, imagination, negotiation, emotional intelligence and communication, stress management, critical thinking, or resilience. More importantly, gifted children want to learn about specific fields that interest them. Things that they are obsessed with. Things that they will use to change the world. Beginning, of course, with their own world.

The good news is that there are many other options to complement standard education, to accelerate flourishing. In fact, there is an entire universe available now. There are more reliable resources for gifted children now than at any other time in the history of the world. And I’m not talking about Minecraft…

Tailored education provides a solid platform for discovering each child’s unique requirements. Customised learning programs, taking into account the child’s special qualities and needs, will make the difference between mediocrity and brilliance. How do they learn? What are their intelligences (as defined by Howard Gardner several decades ago)? What are their needs and motivators? What are their individual talents and strengths? What are their values and desires? What is their ideal growth environment?

Remember that these kinds of explorations are perfectly appropriate for young children with a high IQ if the child is interested and enjoying the activities. In fact, these questions are fun to explore, and essential in recognising and creating an inspiring and sustainable foundation for life. Empirically, identifying and nurturing at a pace that is comfortable (yet challenging) for the child ensures that their lives are enriched through early mental stimulation.

While gifted children have a natural obsession with other worlds—music, mathematics, astronomy, programming, design—their real influence is right here. These worlds are amazing because they are malleable. They are vibrant. They are exciting! Encouragement of their involvement in these other worlds must reinforce the key truth that imagination, learning and, yes, achievement, is fun.

And as their brightness is allowed to shine, they will naturally reveal their brilliance. The massive changes in the world can’t come through politics or voting or marches or even Facebook likes. The major changes will occur when the most effectual people in the world, our gifted children, can understand and express their true potential. ■

This article became the basis for the 2016 acclaimed book for bright parents of bright children. Read more about Bright: Seeing superstars, listening to their worlds, and moving out of the way (2016).

To cite this article: Thompson, A. D. (2014). Bright to brilliant. Retrieved from: LifeArchitect.com.au/bright-to-brilliant-article

AI reports by Dr Thompson
Irrelevance of intelligence
The rising tide lifting all boats
Bonum
The sky is on fire (2021 AI retrospective)
The sky is bigger… (mid-2022 AI)
What’s in my AI? Analysis of Datasets…
Roadmap: AI’s next big steps…
Use cases for large language models…
Google Pathways: An Exploration…