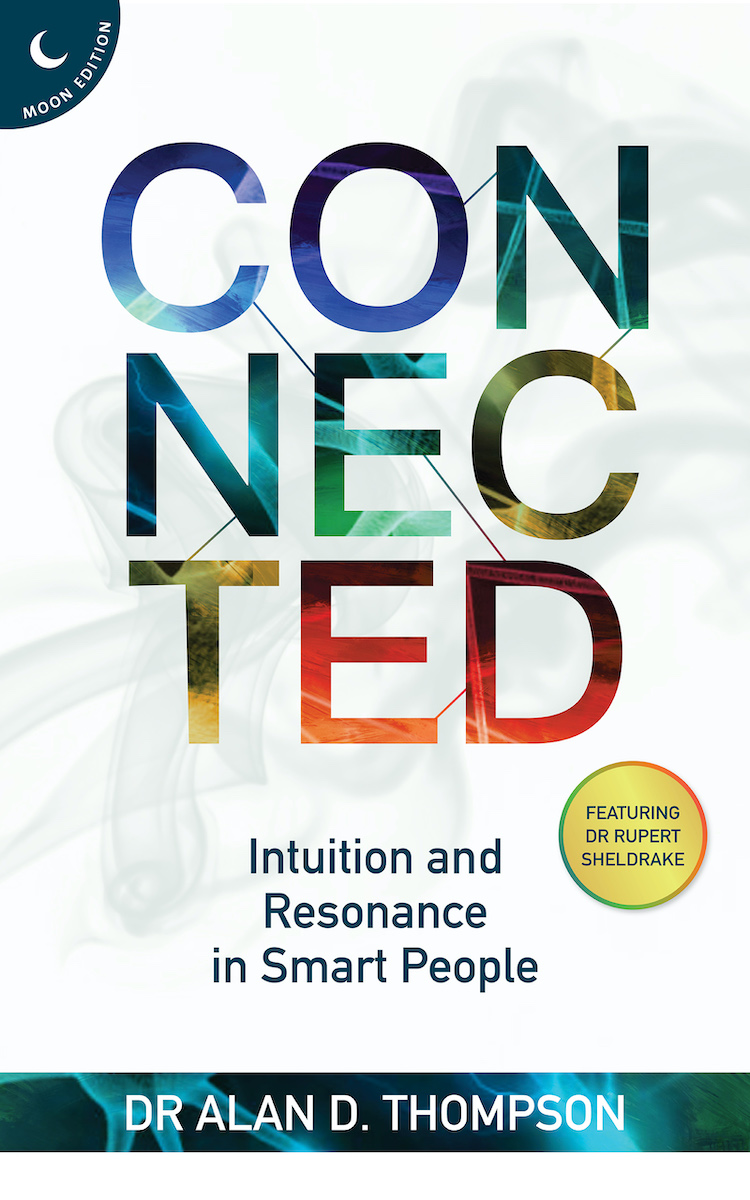 LISTEN to the new interview for CONNECTED (September 2021): https://lifearchitect.ai/wp-content/uploads/2021/09/2021-sophia-elliott-alan-d-thompson.mp3

Intuition is an innate process that gives people the ability to know something directly without analytic reasoning (‘knowing without knowing how we know’), bridging the gap between the conscious and universal minds. In this short book, explore the world of intuition and resonance in smart people, including child prodigies, high-performers at The Juilliard School, Nobel laureates, and featuring a new and exclusive interview with Dr Rupert Sheldrake. With a foreword by Stephanie S. Tolan.

Connected
Buy direct from Life Architect (delivery to any device):


Automatically emailed to you within 24 hours
International options for eBook:

Despite being a major part of human consciousness, there seems to be very little conversation about the sphere of intuition for smart people. Of course, that doesn’t mean that there’s nothing out there. On the contrary, a literature search returns thousands of peer-reviewed articles in this space. Several prestigious universities have hosted research into intuition. There are organisations devoted to the theory and practice of intuition, under many different names.

Perhaps more importantly, nearly every human has had a personal and visceral experience with inexplicable intuition. Ground-shaking occurrences that can’t be explained by statistics or chance alone. An inner way of knowing… just knowing; without facts, logic, or fierce concentration. A natural knowing without knowing how it is known.

This book highlights some of the theory and practice of intuition across high-ability populations. Interestingly, much of the research came about in the 1970s and 1980s. One of the godfathers of the field, Dr Rupert Sheldrake, says:

Here in the 2020s, intuition has become a facet of life that is (thankfully) more acceptable to speak of, and doesn’t seek to discredit (and neither credit) science and reason…

And therein lies the rub! This is a part of life that is widely accepted as real, and yet generally not spoken of. Only the bravest researchers dare to even mention intuition. One gifted researcher warned me against speaking or writing about this topic, telling me that those who do might be ‘burned at the stake’.

Writing this book across a number of years has given me sufficient pause to look and listen to the role of intuition in my own life, and in the lives of those around me.

Along the way, I’ve found that intuition can’t be argued with. It exists in daily life for those who are looking for it. It is more valuable than forced memorisation, hot-housed study, or textbooks. As Professor Albert Einstein once said: ‘The only real valuable thing is intuition’. There are intuitive experiences that can’t be explained through odds or anything else. Those are the experiences that remind me that we live in an exciting time. As gifted psychologist Dr Linda Silverman notes: ‘Having a sense of one’s infiniteness is inspiring’.

An opening realisation of our expansiveness.
A reminder of our divinity.
And a prompt to spend less time in ‘understanding’ and more time in ‘being’.

Part One: Intuition
‘Most of our so-called reasoning consists in finding arguments for going on believing as we already do.’
— James Harvey Robinson, American historian

2004. 10-year-old Tilly Smith is on holiday with her family at a beach resort in Phuket, Thailand. She notices the tide rush out, even though it is the middle of the day. Further out, the water begins to bubble, and the boats on the horizon start to violently bob up and down.

Tilly is a bright young girl: she tells her parents that these are warning signs that a tsunami is on the way.

On her advice, the resort is evacuated, and when the inevitable wave wipes out everything in its path along the beach, there are no injuries or fatalities at her resort.

2011. The University of Chichester in the United Kingdom joins with Castrol to conduct research on one of the best and most famous footballers (soccer players) in the world , Cristiano Ronaldo. The soccer superstar appears in a television series called ‘Ronaldo: Tested to the Limit’, measuring and filming his sports performance both on and off the field. As part of the testing, they engage scientists and other experts to observe Ronaldo in his home environment: inside a soccer arena.

One such test is to position Ronaldo in the middle of the enclosed arena, with another player (Andy) standing on the sidelines ready to kick a ball. The cameras film using night vision, and the arena is plunged into complete darkness before Andy even approaches the ball. Somehow Ronaldo is expected to use intuition to feel where Andy is going to kick the ball, where the ball is going to go in the air, and how Ronaldo was going to connect with it.
In pitch black.
Magically, Ronaldo did connect.
He even scores a goal each time.

Sports psychologist Dr Zöe Wimshurst hypothesises that Ronaldo’s subconscious calculates the speed and trajectory of the pass in the dark within 500 milliseconds.

Intuition? Maybe, but possibly not in the classical definition. Rather, Ronaldo’s intuition is the result of his tens of thousands of hours of practice.

2000. An American woman gets an intuitive and powerful nudge that her son, thousands of kilometres away, is in trouble. From out of the blue, a string of digits appears in her mind ‘whose meaning was utterly obscure’. She decides to dial the cluster of numbers on her phone. On the other end of the line, the emergency room of a distant major hospital answers.
‘May I help you?’ a nurse asked.
‘I have no idea. I’m just worried about my son,’ the woman stammered.
‘Who is he?’
She told the nurse her son’s name.
‘Oh, he was admitted to the ER a couple of hours ago. Dr Smith has just finished taking care of him. Let me get him—he can give you an update.’
…

Connected
Buy direct from Life Architect (delivery to any device):


Automatically emailed to you within 24 hours
International options for eBook: