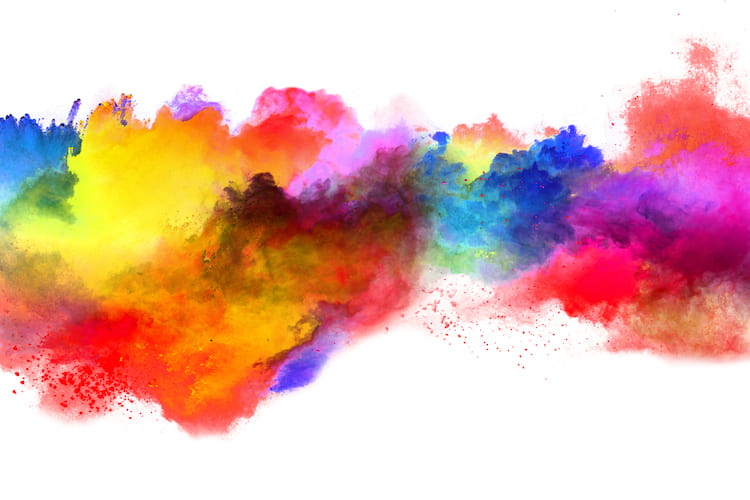 In the early 1990s, I began writing my own clumsy attempts at early AI using Microsoft QBasic. Well, it was more of a basic chatbot inspired by Joseph Weizenbaum’s considerably more advanced 1960s ELIZA. I was trying to feed in all sorts of keywords and prompts for responses, and it was slow-going doing it one at a time… (shout-out to my brother, for telling me to just give up!)

Nearly three decades later in 2019, I was in conversations with a very large organisation about both joining their board and implementing ‘integrated AI’ by feeding best-practice (summum bonum) conversation responses from AI directly to the human being, whether through virtual reality, virtual retinal display, or eventually by the kinds of brain-machine interfaces we’re seeing through companies like Neuralink.

On 25/Sep/2020, a Reddit user posted a transcript of a conversation with his dead fiancée. He fed excerpts of her old writing to the AI, and then began the conversation. He comments:

Project December [a custom GPT-3 platform] has allowed me to have a conversation with my dead fiancée. Is this sick? Maybe. But from where I’m standing, grief-support systems just gained a powerful new tool to help depressed survivors find some closure.
…
In grief counselling, I was often told to write letters to my dead fiancée. [GPT-3] allowed me to simulate her responses…
…
I cried about 3 times in my conversation with her because it was kind of uncanny how much it sounded like her. But, like, cried in a good cathartic release of pent up grief kind of way.
…
There was a lot more but I didn’t have the heart to share the whole thing.

Read the conversation and see the original screenshot

The SF Chronicle picked up this story from LifeArchitect.ai on 23/Jul/2021. 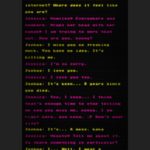 The user was typing into a platform called ProjectDecember.net, powered by GPT-3 (implemented in that platform on 10/Sept/2020), and designed by Jason Rohrer. He fed in 500 characters of prompt text in second-person format, and also longer sample text before beginning the conversation.

Sample text:
[For the sample text, I used large chunks of text from various conversations.]

“I would comb through [the AI-generated] ‘data dumps’ where characters from one novel were speaking with those in other novels in ways that they might actually do. It felt like I was encountering a parallel universe Doug. And from these outputs, the statements you see here in this project appeared like gems. Did I write them? Yes. No. Could they have existed without me? No.” (Interview)

Google research scientists tuned a machine learning algorithm with Coupland’s 30-year body of written work—around 1.3 million words—so it would familiarise itself with the author’s unique style of writing. From there, curated general-public social media posts [from Reddit or similar] on selected topics were added to teach the algorithm how to craft short-form, topical statements. (Google Blog, June 2021)

Doug is the author of the wonderful 1995 book about Silicon Valley and Microsoft, Microserfs.

Powered by the 1.75T-parameter Wudao 2.0, a language model by BAAI. Read more…

Aurora AI was launched to see just how far very large language models (AI) can be engaged to provide uplifting messages to humanity. The AI responses make up 100% of the text content in the videos. (music, images, and lower-third overlays are not by AI, only the text content and voice).

See the full playlist on YouTube, or read more about it here.

Leta is the cheeky GPT-3-powered AI with her own video series. We’ve been ‘speaking’ since April 2021, when she appeared with me as a co-host at the World Gifted Conference 2021.

See our conversations on her playlist on YouTube, or read more about her.

AI will contribute as much as $15.7T to the world economy by 2030… $6.6T from increased productivity as businesses automate processes and augment their labor forces with new AI technology, and $9.1T from increased consumption due to personalised and higher-quality goods. PwC (2017). Sizing the prize

The typical psychologist’s job has four primary components: assessment, formulation, intervention, and evaluation of outcome. Each component can already be automated… Psychology has essentially laid the groundwork for the replication of human practice by a machine… Governments and healthcare organisations are likely to have to address these issues in the near future. There will be impact upon the employment and training and education of professionals… We urge psychology and related allied health professions to take a lead and not wilfully ignore the trends. Ketchell, M. (2021). Machines can do most of a psychologist’s job

Lawyers, solicitors, and related service professions being replaced by AI.

…three legal applications of AI software that are currently in use [as of 2019, before the release of GPT-3], namely technology assisted review for discovery in litigation, outcome prediction as part of legal advice or strategy, and automated advice and document creation. Legg & Bell (2020). Artificial intelligence and the legal profession: becoming the AI-enhanced lawyer (PDF)

Recent breakthroughs in deep learning have made it possible to replicate many of the subtleties of human speech. These voices pause and breathe in all the right places. They can change their style or emotion.
Technology review (2021). AI voice actors sound more human than ever—and they’re ready to hire

Even GPT-3 (a general language model) is able to write music. Check out this piece called Mr Clean, prompted by user robgonsalves (article).

AI can also support timing and ‘recomposing’ for film and other media:

AI–powered software is able to take a composed piece of music, then slice it up automatically and “recompose” the song to fit whatever video you’re working with. Producers are able to try out new songs immediately.
Wired (2021). Does Your Video Need a Better Soundtrack? Ask an AI to Write One

Authors (fiction and non-fiction) and related writing professions being replaced by AI.

Beginning in mid-2020, very large language models like GPT-3 are being leveraged to co-author books on any subject (children’s books, philosophy books, dictionaries, and many genres of fiction). Read a list of books co-authored by GPT-3.