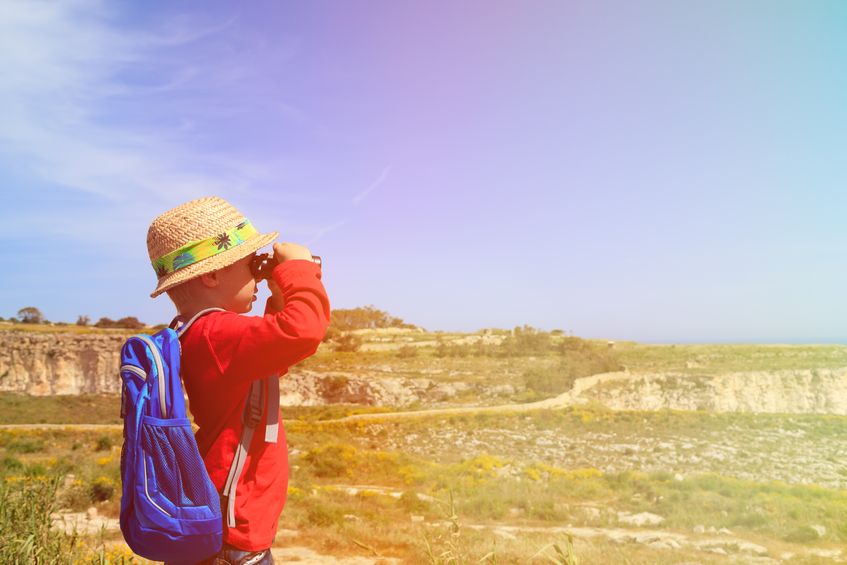 Facing the right direction:
Schools are not the problem… or the solution!
Alan D. Thompson, ACC
Gifted Coach

The differences are not to be found within the curriculum, but within the gifted individual. When we recognise the psychological differences of the gifted, we understand their need for differentiated education, counselling, and parenting.
Dr Linda Silverman

The challenge
Imagine waking up tomorrow as a six-year-old. You have all of your current adult intelligence, adult knowledge, and ways of processing. You even get to keep your usual power of speech. The only difference is that your birth certificate now lists you as being born six years ago—and you physically present to the world as a six-year-old.

At school, you are placed into classes with others of your age group (a colleague calls this “chronological apartheid”). Teachers talk down to you. You are essentially forced to re-learn the alphabet, how to count numbers, and many other topics you’ve already mastered.

Sound like a nightmare? What would you do? Who would you go to?

At best, inappropriately designed education is irrelevant in the lives of high performing children. At worst, it is a form of taking a person’s life away. Nearly a hundred years ago, American gifted psychologist Leta Hollingworth told us: “In the ordinary elementary school situation, children of 140 IQ waste half their time in school. Those above 170 IQ waste almost all their time.”

As a gifted coach and unconditional advocate for high performers worldwide, one of the most common themes that I hear from parents is around dissatisfaction with the school environment. I spend a disproportionate amount of time consulting to parents who are frustrated by—and often justifiably angry with—the institutional school environment provided for their child.

The truth is that there is no such thing as the “perfect” school for a high performer. While several of the schools I work with are incredibly progressive, nothing can take the place of personalised, tailored learning. High performers require individualised resources to cater to their advanced and “1 in 7 billion” brain. Even the notable “Mensa Gymnazium”, Mensa’s own—and only—grammar school (based in the Czech Republic) cannot completely meet the unique and individual needs of high performers. That’s not what school is for!

It’s not about curriculum. It’s about providing personalised learning—and then moving out of the way. In an interview with ABC Australia about providing tailored education to students, I put it in even simpler terms: “What learning style [or modality] does that child have? What growth environment do they need, and what are their specific talents? We’re not teaching astronomers how to play a concerto, or musicians all about pure mathematics, it’s actually about what they need to learn and what they want to learn.”

Facing the right direction
If you’ve ever had to deal with fixed mindset institutions, you may resonate with the following true story from my first book, Best. Situated in the middle of Paradise Valley, Arizona, architectural genius Frank Lloyd Wright’s own winter home is a monument to dealing with (or avoiding) bureaucracy. Built in 1937, Frank designed the building to capture the sweeping views of the valley below.

A few years into the construction, the state government installed huge power lines on giant steel towers directly in front of his home, obstructing his view of paradise. Frank was indignant. He communicated his exasperation (and requests for alternatives) to anyone that would listen: from the local council all the way up to then-President Truman.

Unsurprisingly, the slow and heavy institutions could do very little to help Frank. They wouldn’t consider burying or relocating the power lines. In fact, they couldn’t consider his requests at all—it just wasn’t in their way of thinking.

So Frank began the process for what he considered to be the only thing left available to him: he started packing up to rebuild everything again in another location. A little time later, his partner convinced him to reconsider. There was one other option: for Frank and his team to take their focus away from the giant towers. They could adjust their attention instead on the beautiful mountain ranges behind them.

They had been looking the wrong way the whole time! The team did change their focus, turning their back on the valley to look instead at the beautiful McDowell Mountain Range behind the home. Of course, this meant altering their own previously fixed mindsets (and windows!).

The self-driving child
Gifted parents being frustrated by schools is not a particularly new occurrence; high performers and the gifted have been under-served for some time now. It’s just that the resolution is more urgent and apparent than ever before. As our world moves rapidly through the Creative Revolution, high performers without adequate and unconditional support risk being left behind, wasting time, or giving up completely.

While high performers can be many years ahead of their chronological age, young children still rely on parents to steer them in the right direction. Your inspired involvement in your child’s life is your responsibility. (And don’t worry. I tell a similar thing to teachers. To professionals. To governments. We are all responsible!)

If your child isn’t performing in school, it is your responsibility to do everything in your power to resolve that. If it doesn’t change, then move quickly to change it. American educational consultant Otto Siegel says: “If the fish is sick, you need to exchange the water”.

There is an array of options available to high performers in schools. The benefits of acceleration—moving students through traditional curriculum more quickly—have been accepted conclusively by both researchers and governments for many years. The 2004 American report A Nation Deceived identified 18 types of acceleration, nearly all of which are available to Australian children (depending on state guidelines). If your school doesn’t offer these, get out! If they do, take full advantage of anything you can to provide support to your high performer.

What would life be like if we all took 100% responsibility for supporting high performers, regardless of what everyone else was doing?

Inspired involvement
If you’re making a decision on which school to send your child to, get deeply involved. Meet the teachers. Interview the principal and staff at the school. Do they love their life, or are they stuck in a mindset from the Industrial Revolution?

Whether or not the environment is nurturing and inspiring to your child will always be apparent to those looking for it. Take it all in. Give less importance to the school’s brand or statistics. Listen for the things that really matter, especially those things which give you a strong feeling. Teachers’ voices. The tone of emails and letters. The experiences of other high performers in the environment. And especially feedback from your child. Look and feel every little thing.

Once you have found a school environment that inspires and challenges your child—or if you are a part of the significant percentage of parents who choose to teach their high performing child through homeschooling—then you have already discovered part of the resolution to the challenge.

The focus
Right now, and more publicly visible than at any other time in human history, high performers are called to unleash their creative potential and find their place in life. In this decade, and through the 2020s, 2030s, and 2040s, creative high performers will lead the charge.

We’ve got enough testing. We’ve got enough forced education. We’ve certainly had enough SOS calls from stuck high performers. We’ve been facing the wrong way, and looking in the wrong direction. Increasing and improving out-dated education should not, and must not, be the focus.

The focus is on seeing brilliance in every person, accepting and supporting the massive capability inherent in each child.

The focus is on providing inspired environments for all children—especially high performers.

The focus is on listening to the needs of the limitless unique personalities in front of us.

The focus is on moving out of the way, removing obstacles, and allowing high performers the freedom to choose resources based on their interests, talents, and strengths.

To cite this article: Thompson, A. D. (2015). Facing the right direction: Schools are not the problem… or the solution!. Retrieved from: LifeArchitect.com.au/education