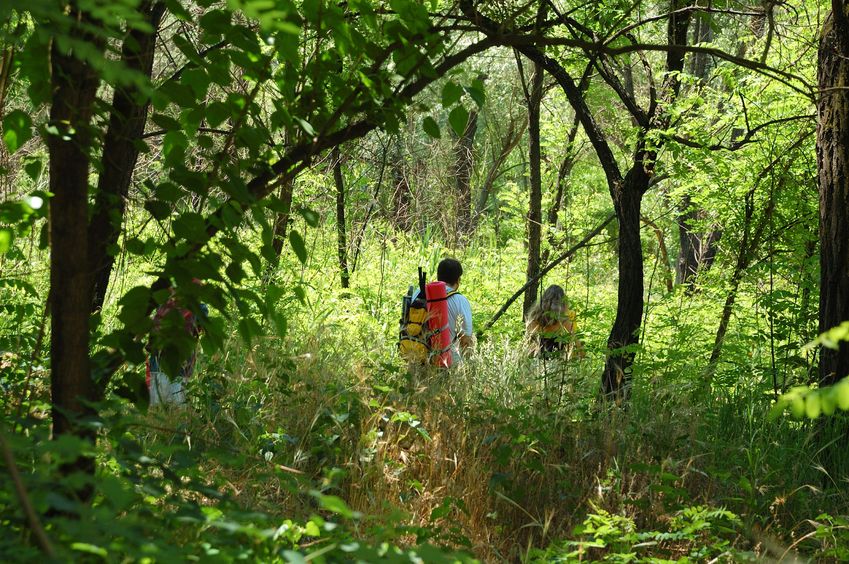 Discovering that they are not the most mathematically gifted student in the school, that there are skills they have not yet developed, and that they may fail at a task two or three times before succeeding at it—and learning that these are experiences common to the vast majority of the people they will encounter in life—can bring these students’ self-perceptions closer to reality. Everyone has to learn that temporary failure—sometimes repeated—is a necessary step on the way to success. It is better for students, even the most gifted, to learn this in a supportive, encouraging school environment, and grouping gifted students together makes it much easier for teachers to present them with work that will require effort, persistence, and commitment.
Professor Miraca U. M. Gross

A quality of life
Out of all the cities I’ve been to in North America, Phoenix is my favourite. Hot, dry, and hospitable (its friendly people have been nicknamed “Phoenicians”), Phoenix produces many of the greatest gifted resources available today. Just a few hours south-east of the main city is a little town called Oracle. Here, a controversial and maligned engineering project called Biosphere 2 (named after Earth, the first biosphere) sits as a tourist attraction.

Once a huge research facility operating in the early 1990s, Biosphere 2 sought to explore interactions within Earth environments. More than just a biodome, it was one of the most ground-breaking projects on the planet. It began in 1986, took five years to build, cost over $200 million, and spans over 6.5 square kilometres. It was fully enclosed, completely airtight, and housed its own ecosystems, from mangrove wetlands to savannah grasslands, and even a coral reef. Each of these contained trees, insects, and animals (as appropriate).

One of the key findings from the Biosphere 2 project came about due to an error in the design of the rainforest facility. Although the facility allowed sunlight through its glass to sustain the trees there, in the airtight design, the founders had neglected to introduce wind. Without any wind, the trees didn’t develop the required density and stability to stand on their own (sometimes called “stress wood”). The result was that instead of growing up big and strong, the trees became weak and fell over!

Resilience—adapting well in the face of adversity—is paramount to life. And a key factor of resilience is the quality of sticking to a task despite failures.

Depending on upbringing, a child has their personal course set by a combination of internal resources (including intelligence), modelling (parents and teachers), and environment (home and school). A fundamental area in their personal course is how willing they are to stick with a task. This concept of “persistence”, while important, is not a very popular one. Persistence is the personal decision to press on with a goal—but not just because of a positive outcome, or even because the task itself is fun. Indeed, it is the moments when the task is proving unsuccessful that persistence is needed. American psychologist Martin Seligman talks about persistence as choosing to press on with a project “in spite of obstacles, difficulties, or discouragement”. Seligman also found that the quality of persistence (and self-control in sticking to a task) matters twice as much as IQ…

Bright children—those born with innate giftedness—typically learn effortlessly. Their unique way of seeing and processing the world allows them to grasp concepts quickly and easily. Often, they become used to this way of accomplishing tasks, and of learning things.

The violin can be a fun instrument to learn while the child is succeeding, while the music is inspiring. Young astronomers can be endlessly fascinated by the stars, spending hours researching planets and systems. The ubiquitous obsession with dinosaurs can be a source of play, even while memorising their Latin names.

But what happens when children encounter a roadblock? And what can be done to encourage them to push through barriers that get in their way?

Bright children often have a minimal risk appetite outside of their own core talents and strengths. Relying on a history of excelling without much effort, many of them feel apprehensive about completing actions poorly, so it can be jarring to find something that doesn’t come easily to them. Rather than appear to be ‘slow’ or ‘wrong’, they can be reluctant to even try starting new tasks.

Bright children of course eventually grow up to be bright adults. Bright children lacking task persistence eventually grow up to be adults lacking task persistence. You don’t have to look too far to find people who give up just before the point of succeeding; making an untimely decision to quit a particular project, course, or career because they didn’t feel that they had what it takes to succeed.

It may seem that some gifted children at some times aren’t motivated by a specific action—examples include practising handwriting, cleaning up a room, or completing standard teacher-assigned work. Usually this means that the specific action, in this specific moment, presented in this specific way, is not satisfying to them. Lack of persistence doesn’t suggest that the drive for learning has decreased, but that completing a specific action in a specific way does not meet the child’s needs. Lack of persistence here then indicates a lack of relevance of a project to their passion. When persistence is coupled with a child’s passion—and a worthy challenge—children are able to tap into a rich personal source of confidence, accomplishment, and satisfaction. Even if the result is an “unsuccessful” project!

For teachers
It is crucial to promote the quality of persistence to children from a young age. While it seems to be an innate function of giftedness, it needs to be nurtured to become a lifelong quality. Allowing children to discover their talents and strengths, and to work with those is certainly valuable. Demonstrating the benefits of success and the necessity of deliberate practice helps children understand and realise the effort required to reach levels of mastery.

Teachers are incredibly well positioned to provide individual and group support to bright children. However, finding opportunities to model persistence to students is a tough ask in the classroom setting. Below are a number of practical examples for promoting persistence in bright students.

Nurture support and acceptance through extreme optimism in the classroom. Create a positive classroom environment—both socially and emotionally—to allow students to feel safe and supported.

Find out what your students’ goals are. I’m a gifted coach, so most of my work is spent focusing on what children are good at. In fact, during every evaluation coaching session, I ask families two questions: one for the child, and one for the parent. I ask them to answer their question using their hands: by building a Lego model (an engaging tool based on imagination and constructivism, rather than a passive tool). For the child, I ask: What do you want to be when you grow up? For the parents, I ask: How do you want to use the rest of your life? Goal-setting is a fundamental part of being alive.

Of course, children aren’t expected to have a solid life purpose all mapped out! But they will usually have a current focus, obsession, and passion. Listen to their world. Keep personal and classroom goals visible. Even if they are “teacher-promoted” goals (like assignment due dates), they should be visible in front of the student as text or pictures.

Provide resources for students to learn about other people’s goals—especially others like them. There is no shortage of inventors and celebrities facing adversity and triumphing! Famous basketballer Michael Jordan is a great role model for persistence. During his career, he averaged 11.5 missed shots every single game. When he retired, he’d racked up more failures than successes, having missed 12,345 shots during professional matches. Closer to home, both Cyril Callister (the inventor of Vegemite) and Maggie Beer (the inventor of verjuice) persisted with no visible results for 15 years before their products even began to gain traction!

Provide kids with a real challenge. We’ve all heard the story of the student who mistakes an “unsolvable” maths problem for homework, takes it home and solves it (both a true story, and a plot point from the film Good Will Hunting). Prominent persistence researcher Angela Duckworth has adopted a “hard thing rule” at home, where all members of the family have to be undertaking a hard thing for a minimum of six months (learning an instrument, a language, or completing a project). One of my coaching colleagues, Rich Litvin, plays the “no” game with his clients every October. Individuals have to ask other people in their lives for something outrageous, and get a thousand rejections by collecting a thousand “no’s”—with no consideration for the “yes’s”!

Acknowledge time on task. Australian child psychologist Dr Louise Porter is a huge proponent of acknowledgement without praise or rewards. She talks about acknowledgement as a process: “verify the children’s own assessment that they have achieved something worthwhile, highlight their successes so that they notice these, and expand on what they have achieved—for example, by pointing out that, not only is their block tower very high but also, when it fell down, they had another go: they can persist. This feedback allows children to ‘park’ information about themselves in their self-concept.”

Visualise the future. Closely linked to their own goal setting, encourage students to think weeks, months, years, and decades ahead of where they are today. Where will they be in a year from now? Five years from now? What about 25 years from now? What will it take to get them there? What if it takes longer?

Press on
Calvin Coolidge, US President between 1923-1929, saw persistence as the most important facet in a lifetime devoted to learning. He was also very direct in expressing this:

Nothing in the world can take the place of persistence.
Talent will not; nothing is more common than unsuccessful men with talent.
Genius will not; unrewarded genius is almost a proverb.
Education will not; the world is full of educated derelicts.
Persistence and determination are omnipotent.
The slogan ‘press on’ has solved and always will solve the problems of the human race.

There are now a number of gifted researchers focused on discovering more about promoting persistence and self-control. Individual efforts by parents and teachers are the front line for fostering persistence as a crucial quality in children.

While high persistence won’t make up for low intelligence, when both high persistence and high intelligence are coupled together, the effects set a child up for life. Indeed, it is these efforts—not the actual outcomes—that count in the bigger picture. Our bright children need to be shown that their consistent efforts are success; that when they apply consistent, focused, deliberate, persistent effort, they’ve already succeeded in harnessing the power of something over which they have complete control—themselves.