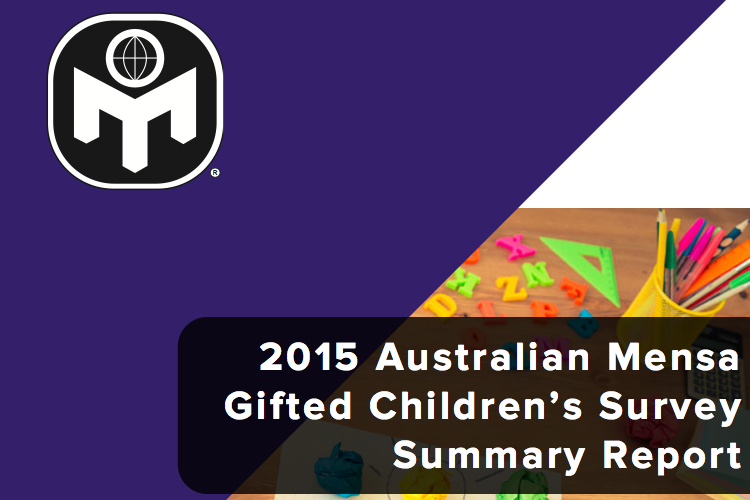 The 2015 Australian Mensa Gifted Children’s Survey was open to all members of Australian Mensa, from August 31 to September 30, 2015. There were 111 responses received: around 25% of current active child members at that time.

It should be noted that these results are drawn from a self-nominated sample of members who chose to join Australian Mensa and should not be regarded as representative of the range of gifted children in Australia or their families’ experiences.