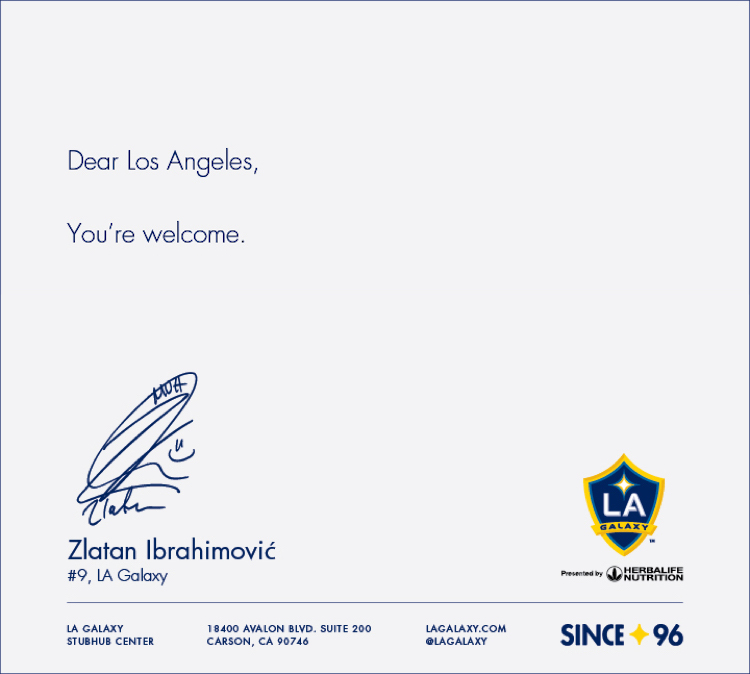 It is pictured above; cut down in size with some white space removed. You can view the full, huge LA Times ad here.

Eight days later on Saturday 31st March 2018, Zlatan entered the game late, as his team was losing 1-3. Just six minutes into his first game, here is his very first goal:

He scored two goals in 20 minutes (both the equaliser and the winning goal) to bring his team back as winners (4-3).

High-performance sports athletes are fantastic representations of the difference between ability and performance. They are often excellent examples of what it means to be brilliant in their domain.

You might also enjoy my articles on confidence, and getting a big head.