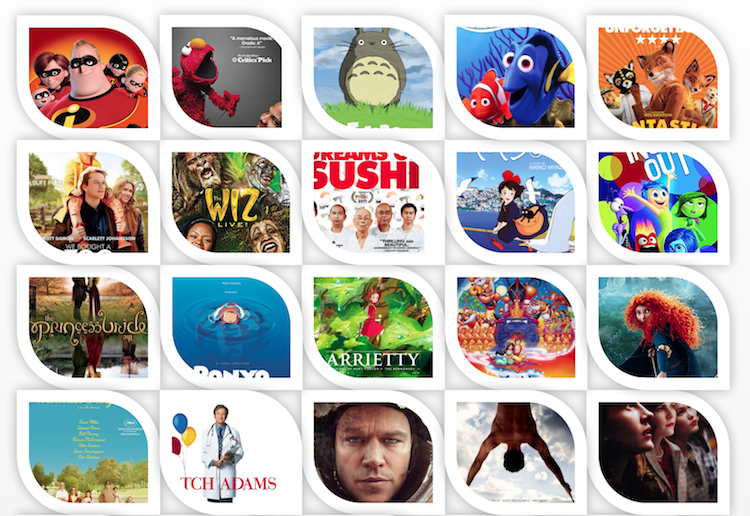 Here is a small selection of movies specifically for family coaching clients, including younger high-ability children.

Open this spreadsheet in a new tab

* Note that age appropriateness is based on chronological age only, as set by Common Sense Media. Many high ability children have a mental age much higher than their chronological age. Parents should make the final assessment on whether a movie is or is not appropriate for their child.

** Niemiec positive psychology rating is based on the work of Dr Ryan Niemiec:
The positive psychology film meets one or more of the following criteria (Niemiec, 2007):
1) Balanced portrayal of a character strength
2) Realistic depiction of obstacles or setbacks for the character
3) Character uses his/her strength(s) to overcome or face the barriers and adversity
4) Uplifting or inspiring tone (including music, cinematography, or film mood)

An exemplar film is a 5-psi (ΨΨΨΨΨ) movie that meets most, if not all, of two sets of criteria:
1) The positive psychology movie criteria set forth by Niemiec (2007): Balanced portrayal of a character strength, struggles/obstacles that challenge the strength, strength is used to overcome adversity, and an inspiring or uplifting tone.
2) The factors constituting signature strengths as noted by Peterson and Seligman (2004): Strength is displayed the majority of the time in relevant settings, strength is “owned” by the character, and the strength is recognised by others as highly characteristic of that character.
More at: ryanniemiec.com/movies.html and positivepsychologynews.com/news/ryan-niemiec

Something “horrible” was on, he remembered – people throwing pies at one another. Still, he understood at once that [film and] television was something important for better or worse, and he decided on the spot to be part of it.

– Mister Rogers, TV’s Friend For Children, Is Dead at 74

This is what I give. I give an expression of care every day to each child, to help him realise that he is unique. I [say], ‘You’ve made this day a special day by just your being you. There’s no person in the whole world like you. And I like you just the way you are.’ And I feel that if we in [film and] television can only make it clear that feelings are mentionable and manageable, we will have done a great service.