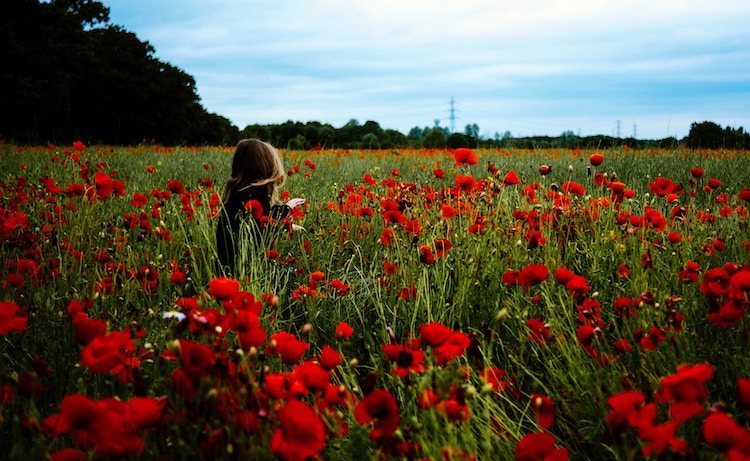 Miraca passed away on Friday 28/Jan/2022 in Sydney, Australia.

Farewell to one of my dearest friends and mentors, who dedicated her life to the research and support of exceptionally gifted children. I sat with Miraca in her lounge room a little while ago, before the pandemic hit, and we spoke about Elon Musk’s school, IQ testing, and AI. She was a wonderful human being with an enormously prolific impact on gifted education here in the US, through the Australian education system, and around the world.

It is with great sadness that we share with you the news that Emeritus Professor Miraca Gross passed away last Friday, 28 January 2022.

Miraca was an expert in Gifted Education who worked at UNSW from 1991 to 2011. Even after her retirement, Miraca remained an active member of our intellectual community for many years. She was recognised both internationally and nationally as a leading authority on the education of gifted students.

Miraca was born in Edinburgh, Scotland. After completing undergraduate studies in Scotland and Australia, she graduated from Purdue University in the United States with a PhD thesis entitled “Children of exceptional intellectual potential: Their origin and development”. Thereafter, she returned to Australia to hold several academic positions, firstly at The University Melbourne, and then at UNSW. While at UNSW, she established and became the Director of the Gifted Education Research, Resource and Information Centre (GERRIC) and was a Professor of Gifted Education in the School of Education.

Among her many accomplishments as a scholar and a teacher of gifted education was her longitudinal study of gifted Australian children, portions of which were published in a book (Exceptionally Gifted Children). She was also a prolific publisher in the top international peer reviewed academic journals in gifted education (including Gifted Child Quarterly), the developer of the Professional Development Package for Teachers in Gifted Education, the developer of Mini-COGE (the internationally renowned professional development course in gifted education), the creator of the GERRIC Gifted Student Programs, and the educator of generations of teachers in gifted education. Her work was funded by numerous competitive large grants from the Australian Research Council, the Australian Federal Government, and the John Templeton Foundation (USA).

Miraca’s achievements have been recognised in several ways. In 1997, she received the inaugural Australian Award for University Teaching in Education from the Australian Federal Government. This was followed by the Sir Harold Wyndham Medal from the Australian College of Educators for “outstanding contributions to Australian education” in 2003, and the Distinguished Scholar Award from the US National Association for Gifted Children (NAGC) in 2005. In 2008, she was recognised by the Mensa Education and Research Foundation (USA) with the International Lifetime Achievement Award. She was inducted as a Member of the Order of Australia in 2008.

While no funeral service will be held, UNSW and GERRIC will be holding a special event in her honour in the next couple of months. Details of the event will be shared in due course.


Miraca and I worked on several projects together (GE, Mensa, and others)…

Listen to one of Miraca’s last studio interviews, recorded in Pyrmont, Sydney in September 2016.
/wp-content/uploads/2020/11/ge-decoding-genius-ep1.mp3

Miraca published hundreds of books and articles on gifted education.

The pursuit of excellence or the search for intimacy? (1989).

In 2004, in cooperation with the Australian Government, Miraca drove the massive 1,000+-page Professional Development Package for Teachers, which is still available for download via UNSW.

Miraca was both gentle and assertive in her written work. Here is one of my favourite pieces, from a sibling article to her EG book…

Let me propose to you an experimental study.

Let us take a child of average intellectual ability, and when he is 5 years old, let us place him in a class of children with severe intellectual disabilities, children whose IQs are at least four standard deviations lower than his [that is, a class of children with an average IQ of 40, defined in the DSM-IV as “severe mental retardation”]. The child will stay with this group for the duration of his schooling and he will undertake the curriculum designed for the class, at the level and pace of the class.

We will carefully observe and assess at regular intervals his educational progress, his feelings about school, his social relationships with classmates, and his self-esteem. We will also observe the child’s parents and their interactions with the child’s teacher, school, and school system. They will, of course, have had no say in the child’s class or grade placement.

As one cannot generalise from a sample of one, the study will be replicated with 60 children in cities, towns, and rural and remote areas across the nation. If this proposal appalls you, rest easy. Such a study will never be undertaken. No education system would countenance it. No ethics committee would approve it.

Instead, I will report some findings from a real-life study that is ongoing and that mirrors the hypothetical study described above. This study of 60 young Australians with IQs of 160 and above is in its 22nd year, and the majority of the subjects are in their mid- to late 20s. Like the children in the hypothetical study, the majority undertook their entire schooling in classes where the average IQ was 100, at least four standard deviations below theirs. These children, and their parents, were less than happy. The education systems were unresponsive and no ethics committee raised a whisper…

I can’t find the wonderful example of Miraca comparing sports teams to academic teams, but this extract from her EG book is pretty close…

‘Elitism’, in Australia, has always been a strongly pejorative term, especially when used in connection with the fostering of intellectual talent. Recently, however, the terms ‘elite’ and ‘elitist’ have taken on radically different connotations when used in reference to the fostering of sporting talent.

In March 1989, two months before the Federal Government responded to the Senate Committee’s report on the gifted and talented by saying that everything that needed to be done was already being done, a House of Representatives Committee completed a report on the status of sports funding and administration in Australia, under the title Going for Gold. The thrust for this investigation came, in part, out of a certain disappointment, among Australians, in Australia’s performance at the Seoul Olympics the previous year.

Within weeks the Federal Government responded by committing 51.7 million dollars to provide assistance and encouragement grants for ‘elite’ athletes, with an additional 15.6 million to support the hiring and training of first-class coaches to ensure that Australian athletes could command a more favourable position in future international competitions (Bruer, 1989).

In 1989 the population of Australia was less than 17 million; this was an astonishing commitment of four dollars per head of population from a nation then in serious recession. The dedication of these funds to the training of young people gifted in the sensorimotor domain drew not a murmur of protest from the teacher unions. Nor did they express concern that the funds might have to be drawn from other sources.

The Federal Government turned down, flat, the Senate Committee’s recommendation for the establishment of a national centre for research in gifted education. Of course it could be said that we already had one! A national centre for the fostering of talent – the Australian Institute for Sport – was established in 1981. Ironically, its website claims that it was founded as a result of Australia’s poor showing in the Montreal Olympics.

Going for Gold (Commonwealth of Australia, 1989) used the terms ‘elite sport’ and ‘elite athletes’ quite unabashedly throughout. In Australia, ‘elitism’ in fostering the talents of her most able sportsmen and women is not only applauded, but also funded from the public purse; ‘elitism’ in discovering and fostering the intellectual talent of her most able youth arouses vigorous protest from politicians and educators alike.

The study reported in this book will follow the social and emotional development, and the educational progress, of a group of exceptionally and profoundly gifted children undertaking their elementary and secondary schooling in Australia in the last two decades of the twentieth century and the first few years of the twentyfirst. The social and political attitudes that influenced the education of gifted and talented children in the 1980s have had a direct and deleterious effect on the educational provisions offered to the majority of the children in this study.

Miraca’s submission to the 2001 Senate enquiry

This is really useful. I will format it shortly. I wonder if I can request your brief input with a few things:

1. Story about not accelerating. At the Brisbane conference last year, I wrote down your words about a gifted student who was not accelerated to the effect of: “What if that student was to become a doctor? What if I could have helped accelerate her, so that she could have become a doctor two years earlier? How many more lives would she have saved in that time? An extra two years worth!”. Could you expand with some background that I missed or correct this?

2. Would you be okay with using a callout quote from Bob Davidson: “I mean, that’s criminal to send a kid [who already reads well] to kindergarten…. Somebody should go to jail for that! That is emotional torture!” http://www.csun.edu/pubrels/clips/Aug07/08-29-07A.pdf

3. Are you able to diplomatically answer the question of what parents should do if schools refuse to accelerate?

I’d rather keep the article as it is, if that’s okay with you. My reasons are:

The issue of how much longer an accelerated child’s career could last is important but I think it could be a bit of a distractor here.

Much as I admire the Davidsons I think this particular comment of Bob Davison’s is a bit inflammatory and doesn’t “sit well” in what I’ve tried to make a more gently reasoning article. (That does not detract from my warm admiration of Bob!)

What parents can do if schools refuse to accelerate is, likewise, a whole other article!

It’s never easy to write a short article on such an important issue as acceleration because one always agonises about what one has had to leave out but it’s also important to keep the tightness and focus.